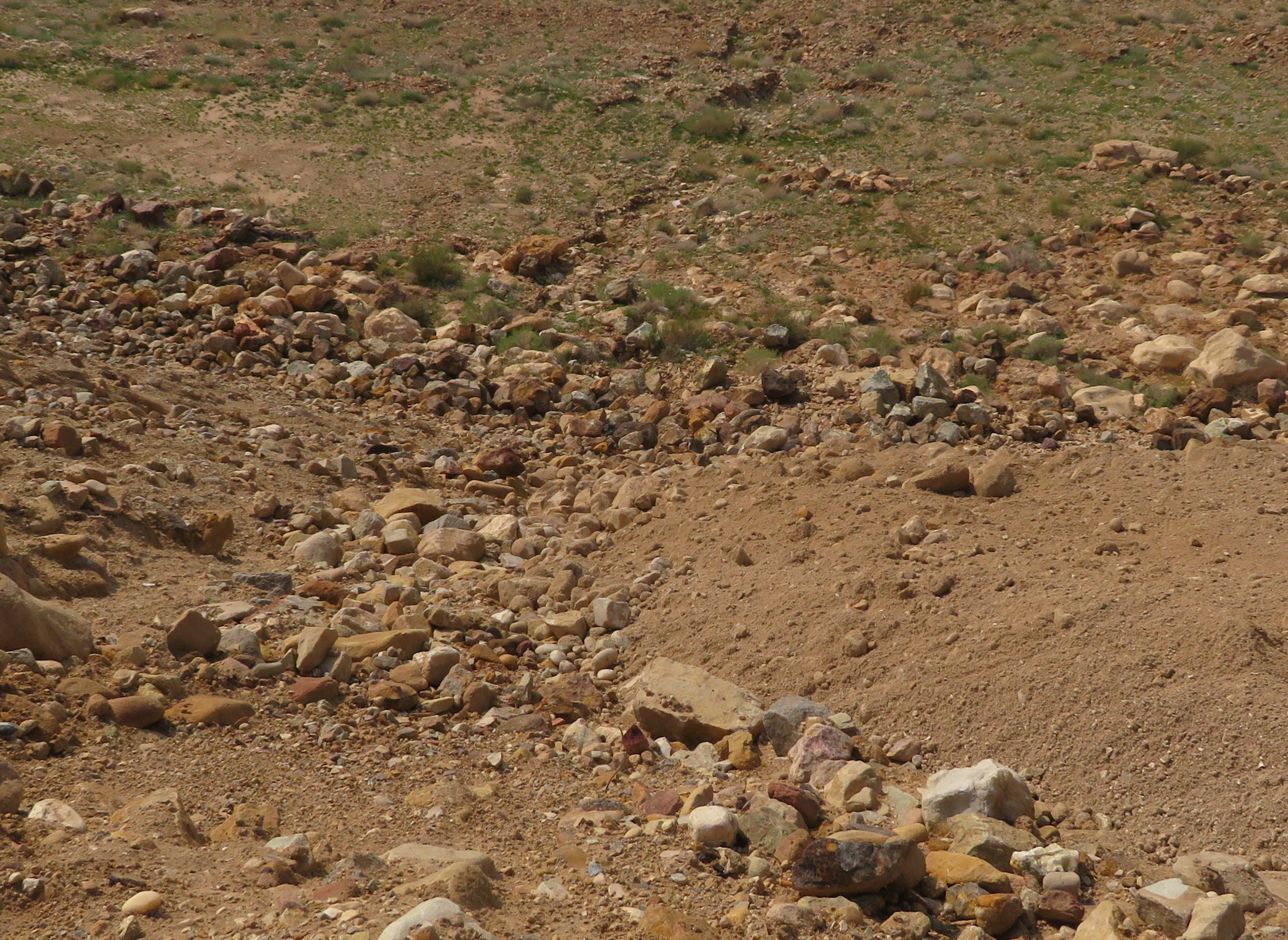 While we were heading up the mountain, after visiting the Dead Sea, we stopped on the side of the road at one of the only places that cars could pull off safely. The road was narrow and windy, and at times only big enough for one car to pass. I’m glad I wasn’t driving and I was glad to have a break in the trip where I could open my eyes and really enjoy the scenery.

To the west was the water and to the east were more mountain ranges. But below our feet was a strange terrain that kind of looked like Mars. It had a lot of grey but there were also reddish and orange colored rocks. It didn’t take a lot of imagination to think we were on a different planet altogether.

But it wasn’t Mars, it was Earth and while most of the land was completely barron, there were some remarkable signs of life. Here and there, blades of grass and other forms of ground cover popped up between the rocks. It was as if they were defying the odds to say, “I’m going to grow here anyway.” And then the grandchildren started to get very excited. They found a lizard and were convinced that they could catch it. They didn’t - but for a while it was a great form of entertainment for them and a lot of exercise for the lizard.

Jeremiah 32:17
Ah, Sovereign Lord, you have made the heavens and the earth by your great power and outstretched arm. Nothing is too hard for you.

Learning from Jesus together with you,

Note: For additional blog posts in this series, go to Lessons from Jordan on our webpage.

More in Lessons from Jordan