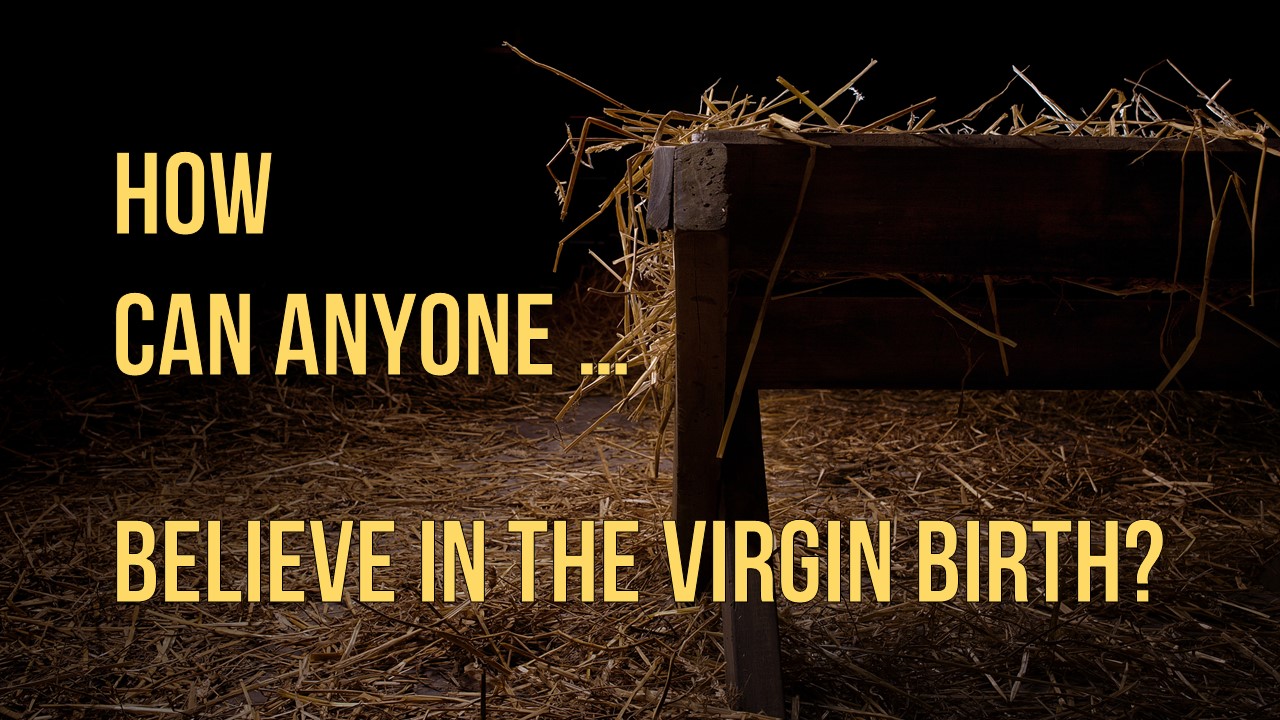 Question
How can anyone really believe in the virgin birth?

Answer
This is a good question because virgin births just don't happen. This one incident has never been repeated and we tend to doubt things that we can't experience multiple times. It is also a good question because the identity of Jesus depends on it. If he had two earthly parents then he would be but an ordinary religious teacher, no different than the many others who have come and gone over the years.

Even the Bible portrays people who doubted the virgin birth, so the fact that we have doubts is not in any way out of line:

The first person to doubt the virgin birth was Mary (Luke 1:34-35). It seems that even before she was pregnant or before she knew she was pregnant, the angel appeared to her with news of what was to come. She had been chosen by God to bring Jesus into the world and she needed to understand this very unique experience. Her words, "How can this be?" don't necessarily doubt the power of God, but they do raise the obvious question that we are still asking today. From God's point of view, the answer is straight forward. In essence, he is saying, "I will do it."

The second person to doubt the virgin birth was Joseph (Matthew 1:19).It doesn't seem as if Mary told him about her prior visit by the angel, so God sends him a messenger of his own (Matthew 1:20). Prior to this message, he had plans to separate from Mary quietly, so as not to disgrace her (Her pregnancy was obvious. How she became pregnant was not.) But after the angel assured Joseph that the baby was from God, he, like Mary, agreed to submit to God's plan. Both of them had natural doubts and yet both of them came to believe in something that had never happened to anyone before or since.

God is always sensitive to our doubts and helps us believe. The most famous example of God's help is Jesus' patience with Thomas who wasn't with the disciples when Jesus first appeared after the crucifixion (John 20:25). He needed to see with his eyes and touch with his hands in order to believe (John 20:27-28, 29). Later in the Bible Luke said that Jesus appeared to the disciples and gave "many convincing proofs" that he was alive (Acts 1:3). In the case of Mary and Joseph, in addition to sending the angels as his very special messengers, God used Mary's cousin Elizabeth to alleviate Mary's doubts (Luke1:36, 39, 40-41, 44-45).

When we have doubts today, it helps to know that the men and women of the Bible had similar doubts. It is also helpful to know that God responds to our doubts with a variety of assurances to help our faith. Modern skeptic, now apologist, William Lane Craig used to think that the idea of a virgin birth was absurd. For it "to be true, a Y chromosome had to be created out of nothing in Mary's womb, because Mary didn't possess the genetic material to produce a male child." Later he resolved the issue by combining faith and logic, "If I really do believe in a God who created the universe, then for him to create a Y chromosome would be child's play."

More in That's a Good Question